This video explains it all. The DLR in Germany has developed Justin over the years as a very adaptable research robot, able to perform duties from acting as a butler to potentially working on a satellite.

The vision and motion capabilities shown by Justin in the video are remarkable. We will be covering more of such capabilities in the coming months based the recently completed research report: Vision for Service Robots, on sale on our website.

Posted by Conard Holton at 9:30 AM No comments:

Now that the recession is over and profits are rising fast, it seems that many companies are considering how to expand their markets and solidify both geographical and technological positions. The acquisition of LMI Technologies by Augusta Technologie, parent of Allied Vision Technologies, is just the most recent example of course.

Teledyne has been reconfiguring the machine vision world with its recent acquisitions of DALSA (cameras, boards, software) and Nova Sensors (infrared), and the partial acquisition of Optech (airborne and space imaging).

These are only the most recent and obvious acquisitions. Numerous OEMs and peripheral software and hardware makers have also merged or been acquired. It's a trend long predicted in the machine vision world. What hardware and software products will be in demand by those seeking to expand? What's next in the drive to create full-product-line vendors to serve vision system integrators and end-users?
Posted by Conard Holton at 11:28 AM No comments:

This video from IDG News Service highlights some of the roles played by robotic equipment in the analysis and recovery from the disasters at the Fukushima nuclear power plants in Japan.

The plant operator Tokyo Electric Power Company (Tepco) deployed three camera-equipped, remote-controlled excavators donated by Shimizu and Kajima to clear radioactive debris around the unit 3 reactor. Robots sent to Japan by Qinetiq North America are still being evaluated before deployment to the site.

In addition, Tepco launched a Honeywell T-Hawk micro air vehicle to survey the plant from above, according to a report on CNET.
Posted by Conard Holton at 7:59 AM No comments:

Having fun with Kinect and machine vision

In the course of researching our Vision for Service Robots market report, it became obvious that low-end vision systems would be a great boon to robot developers of all sorts. And indeed, researchers are taking advantage of low-cost consumer sensors to design increasingly capable and inexpensive robots.

The Microsoft Kinect, designed for the Xbox 360 game system, has set new records for consumer sales and is generating considerable excitement among robot hobbyist and researchers. The Kinect sells for about $150 and its embedded time-of-flight camera and infrared sensors can be used as a vision system for some service robots. For some interesting applications of Kinect in service robots, IEEE Spectrum has a good blog: Top 10 Robotic Kinect Hacks. 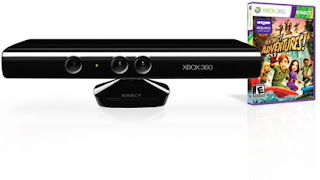 But hobbyists and service robot makers aren’t the only one taking advantage of Kinect. MVTec Software has just tested Kinect in 3-D applications for industrial tasks such as bin picking, packaging, and palletizing, as well as for research and development.

And Eye Vision Technology has used the Kinect sensor with its EyeScan 3D system for robotic applications such as depalletization and sorting components on the assembly line.
Posted by Conard Holton at 12:31 PM No comments:

Increasingly, vision-guided service robots are being deployed for rescue and assessment tasks following the earthquake and tsunami in Japan. A recent blog on IEEE Spectrum covers the deployment of KOHGA3 by a team from Kyoto University.

The team used the remote-controlled ground robot to enter a gymnasium in Hachinohe, Aomori Prefecture, in the northeastern portion of Japan's Honshu island, and assess damages. They tried to inspect other damaged buildings in the region with limited success.

The robotics team is led by Professor Fumitoshi Matsuno. KOHGA3 has four sets of tracks that allow it to traverse rubble, climb steps, and go over inclines up to 45 degrees. The robot carries three CCD cameras, a thermal imaging camera, laser scanner, LED light, attitude sensor, and a gas sensor. Its 4-degrees-of-freedom robotic arm is nearly 1 meter long and equipped with CCD camera, carbon-dioxide sensor, thermal sensor, and LED light.

In addition, there are several early reports on robot forays or plans, and numerous teams from various robot organizations are making themselves available to help. For example, you can follow the efforts in Japan of Dr. Robin Murphy, who directs the Center for Robot-Assisted Search and Rescue (CRASAR) at Texas A&M University, on her blog.
Posted by Conard Holton at 10:27 AM No comments: